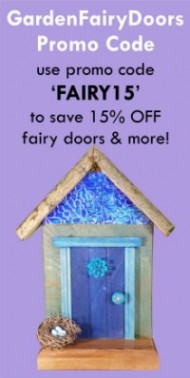 With the kick-off of our most recent Haute Note promotion – “Share the Love” ($5 from every order in January and February will be donated to the Variety Club Show of Hearts Telethon), we decided to share the story BEHIND the “Share the Love” promotion.

This is the story of how Bob and I met… through Variety Club.

But before I get into the story, a little bit more about Variety Club… (or Variety – The Children’s Charity, as it is now called) …to help it make sense.

For those of you not completely up to speed on Variety – The Children’s Charity – it was first started by a group of gentlemen from various areas of show business in 1928, when a baby girl was abandoned in a theatre because a distraught mother could not look after her. The vernacular of the circus was adopted for the structure of the organization. The Chapters are called “Tents”, the Board of Directors are called “Crews”, members are called “Barkers”, the President is called the “Chief Barker”.

Back in the early ‘80s, the Vancouver Tent was one of a few that had a successful “Young Variety” component. This consisted of younger Barkers in their late teens and early twenties who wanted to be part of the Tent in a different and more hands-on way. You never knew where The Young Variety group would show up – dressed as clowns, in keeping with the circus theme. They toured hospitals all over British Columbia, cheering up very sick children… organized dances and events for physically and mentally challenged teenagers… promoted awareness of Variety Club in parades… participated in the Vancouver Bed Races… and did fundraisers, such as car washes.

Imagine pulling into a car wash and being surrounded by car-washing clowns, and driving away with a balloon animal or two for the kiddos in the back seat!

And this is where our story begins.

August 1982… over thirty years ago.  One clown, meets another.  At Kerrisdale Carnival Days.

Young Variety was asked to put on one of our famous – or infamous — car washes as part of the day’s events. I was already a member of Variety Club and was at the gas station washin’ cars. What? They need help handing out balloons at Windmill Toys?!  Well, I’m no dummy – which would YOU choose – washing cars or handing out balloons?  I quickly volunteered and off I went to the toy store, skipping and whistling a happy tune. When to my surprise, I encountered a strange clown from a different gang! He worked at Windmill Toys and he was carrying a HUGE canister of helium to the front of the store, with great difficulty. “I’m here to help!” I said, “What can I do?!” “You can get the heck out of my way!” he said. Our very first words to one another. Ain’t it romantic? And so our story began….

We spent the day, pleasantly chatting and handing out balloons. Clown Lorie invited Clown Bob to attend the next Young Variety meeting to see if he might want to get involved and participate in the group.

Two weeks later, I was at the Young Variety meeting, in “civilian” clothes.  Bob showed up and I’m sure you can guess what’s coming. Yup. Neither recognized the other – there were no clown costumes in sight, and no idea what the other looked like!  So, clearly we can’t say it was love at FIRST sight. But it was pretty funny at SECOND sight….

As we got older, we continued to be involved with Variety over the years, helping at the Telethon from 1982 to 1997, and serving on the Variety Club Racquetball Tournament Committee from 1989 to 2001. We raised a lot of money and made a lot of life-long friends.

So, as you can see, Variety – The Children’s Charity is very near and dear to our hearts. We are grateful to the Organization, in more ways than one – for helping us find each other – and for all the wonderful things they do for the children in British Columbia and around the world.

This is why we are pleased to support Variety and the Telethon by offering to donate $5 for every Haute Note order placed in January and February.